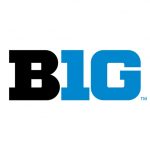 The Big Ten Conference will only play other member schools in several sports this fall.

In an announcement this afternoon, the Big Ten says several sports will move to conference-only schedules “based on medical advice”. The sports affected are men’s and women’s cross country, field hockey, football, men’s and women’s soccer, and women’s volleyball. Sports not listed are still being evaluated.

The announcement says that by limited competitions to other Big Ten schools, “the Conference will have the greatest flexibility to adjust its own operations throughout the season and make quick decisions in real-time based on the most current evolving medical advice and the fluid nature of the pandemic.” Details including any schedule date changes or additions “will be released at a later date.”

“We are pleased that the Big Ten is planning to move forward with fall sports. The conference has determined a path forward that helps to mitigate risk and will allow Husker student-athletes to compete on the field and in the arena.

The most important thing is the safety of our student-athletes and that of our Athletics staff and coaches, and we appreciate the thoughtful approach taken by the Big Ten. Athletics is a valuable part of campus life, and important to our community and the state of Nebraska. We are fortunate that the COVID-19 pandemic has not been as widespread in Nebraska and look forward to safely hosting Big Ten competitions.

While there are still many details left to be worked out, we are eager to safely cheer on our Husker student-athletes.”

Going to a conference-only slate means Nebraska football loses home contests with Central Michigan (Sept. 12), South Dakota State (September 19), and Cincinnati (September 26). The rest of the schedule could be changed to not only give each school an equal number of home and away games, but to balance the schedule with off weeks.

Current Big Ten East teams not on Nebraska’s schedule that could be added are Indiana, Michigan, Michigan State, and Maryland.

Husker volleyball coach John Cook has indicated on Sports Nightly that he has seen an amended conference schedule with more games against teams in the western portion of the Big Ten. That schedule is expected to be released now that the league is officially moving to only Big Ten competitions. Nebraska had already canceled non-conference games with Texas and Stanford and will now lose the in-state game against Creighton.

On Wednesday, the Ivy League decided to shutter all sports through the remainder of 2020. While they were also the first to stop sports in March at the forefront of the pandemic in the United States, their decision has not been anticipated to have as much impact on other conferences for this fall.

Also within the Big Ten announcement this afternoon, student-athletes deciding not to participate through the 2020-21 academic year due to COVID-19 concers will still have their scholarships “honored by their institution and will remain in good standing with their team.”