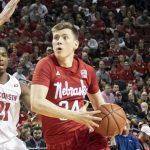 While schools at all levels are planning for the return of sports this fall and how to handle the future of COVID-19 and other pandemics, Nebraska has released the men’s basketball non-conference schedule for next season.

Highlighting the schedule are home games in the ACC/Big Ten Challenge and against Creighton. The Huskers had previously announced a series with Kansas State beginning in 2020 as well as the Myrtle Beach Invitational in November.

“This non-conference schedule will help prepare us for Big Ten play,” said coach Fred Hoiberg. “The Myrtle Beach Tournament will give us an early measuring stick with a strong field and three games in a four-day stretch. We also have opportunities with games against Creighton, Kansas State and the ACC/Big Ten Challenge, as well as several regional opponents.”

Nebraska will take on Purdue Fort Wayne November 14 before travelling to Conway, South Carolina, for the Myrtle Beach Invitational November 19-22. Among the field are Charlotte, Dayton, Loyola (Ill.), Missouri, Penn, Pittsburgh and Utah State. The bracket will be released later this summer.

Closing out November, the Huskers play Lamar November 25 then the ACC/Big Ten Challenge will take place the next week with the opponent to be announced by the Big Ten and ESPN at a later date.

After a pair of conference games to start December, the rivalry with Creighton comes to Lincoln December 12. The next weekend, December 19, will feature an old conference foe in Kansas State at the Spring Center in Kansas City, Missouri. The Huskers and Wildcats haven’t met since 2011.