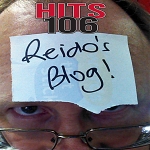 I am a Taekwondo Instructor and over the weekend I made comment on Twitter and Facebook that I was going to judge the sitting stance and front stance techniques of reporters and others as they get buffered by the winds of Hurricane Irma.

It is now a standard gig for reporters of all the major networks and the Weather Channel to have someone in the midst of all the chaos that a hurricane brings. In taekwondo we teach a deep sitting and a long, wide deep front stance can give you a strong foundation to with stand an attack.

So for the storm chaser in the video below trying to measure the winds speed of Irma I give an A- for a decent front stance factoring in that he had to lean in to with stand as best he could the force of the winds. Otherwise don’t lean….back straight. Not in this case!